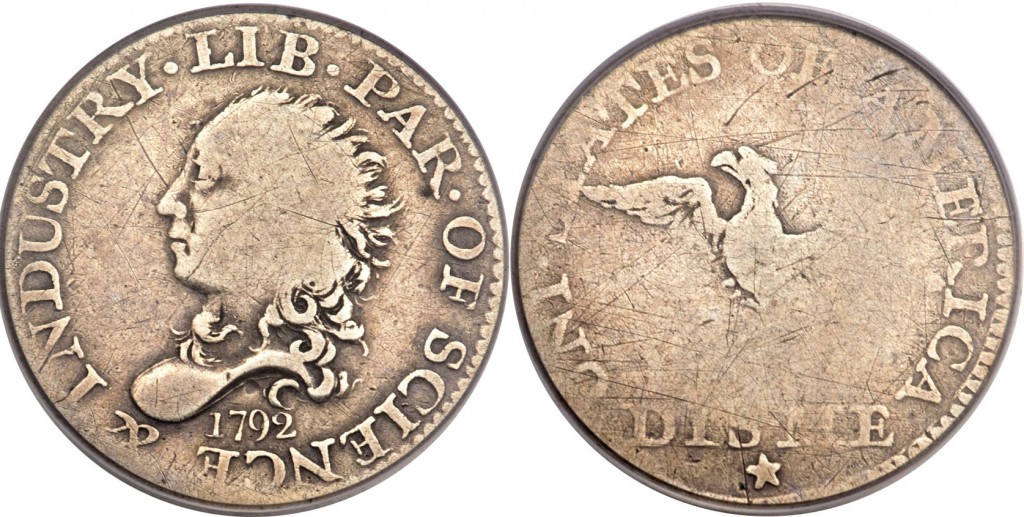 Design: The 1792 has INDUSTRY – LIB – PAR – OF – SCIENCE around the inside rim, and is translated as “Industry and liberty on par with science”. This coin doesn’t have a mint mark and was minted in Philadelphia, as most early US Coins were.

Is the 1792 Half Disme the first coin minted by the US for circulation?