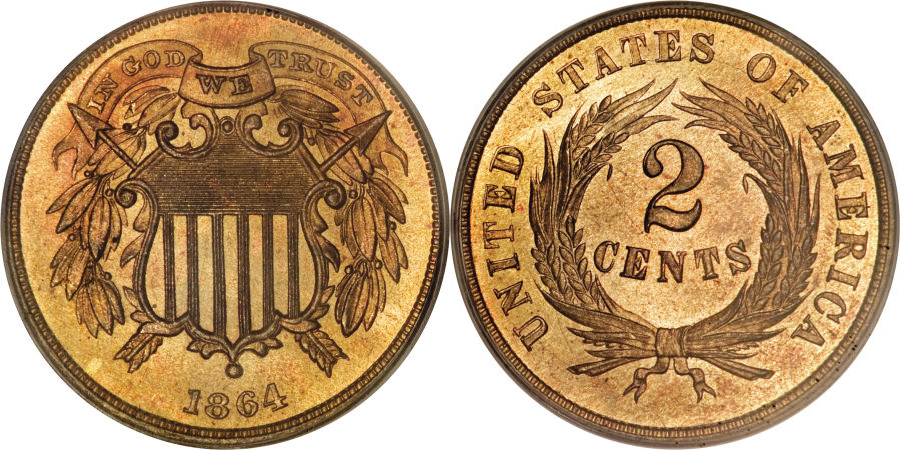 Shield 2 Cents are extremely rare in mint state (uncirculated) grades and when RD, with BN being the least valuable and RB in the middle of both in value. However you can still buy them for under $1,000 dollars in the lower MS grades except for the key dates and varieties.

You also have three conditional factors that determine the value of a Shield Two Cents and they are: Red (RD), RB (Red-Brown), BN (Brown). A RD coin is going to have at least 90% original luster as struck by the mint and is the most valuable condition. The luster conditions only apply to mint state coins so any circulated coin will be designated BN.