The best guess for the Major General James B. McPherson Patriotic Civil War Token is that the sinker, George H., expected a gathering of veterans from the Army of The Tennessee for a tenth anniversary in Washington, D.C., at which the equestrian statue of McPherson would be unveiled. This was an opportunity to produce and sell tokens as souvenirs; the reverse was blank and used for personal engraving. Of course, George H. felt the need to produce a few rarities for collectors, so he proceeded to strike a few mulings in very limited numbers using his Pater Patriae die and General Ulysses S. Grant die! While shown as a Patriotic Civil War Token only in brass, this token is also found in white metal and copper. These are frequently classified as medalets, instead of tokens.

McPherson dies in 1864. The problem is that the statue was erected in 1876, which would put any McPherson equestrian statue tokens well after the Civil War. In this author’s opinion, this token is questionable being attributed as a Patriotic Civil War Token. 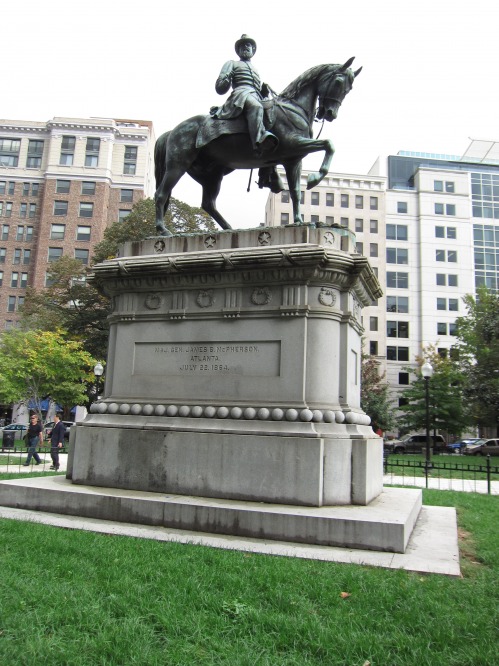