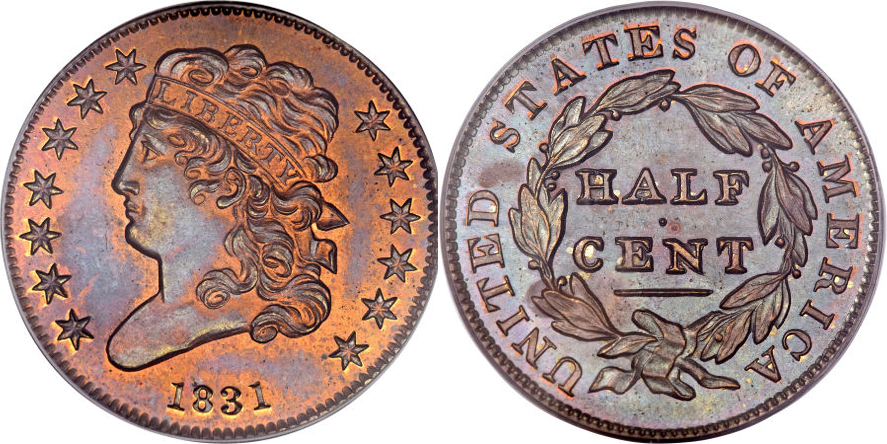 Classic Head Half Cents are worth around $50 in G4 and can be bought cheaper when found in AG3 (About Good) or if they’re damaged, cleaned or altered in any way. The higher the grade the more valuable, and Classic Head Half Cent value in the MS (mint state) grades is in the hundreds of dollars, but depending on date can be worth thousands of dollars.

You also have three conditional factors that determine the value of a Classic Head Half Cent and they are: Red (RD), RB (Red-Brown), BN (Brown). A RD coin is going to have at least 90% original luster as struck by the mint and is the most valuable condition. The luster conditions only apply to mint state coins so any circulated coin will be designated BN.

1809 with circled in 0 and  1809/6 9 over inverted 9 are the most well known varieties and they offer a slight premium over normal design coins.