The first two years of the Civil War were going bad for the Union and many in the North were opting for peace. The costs of the war left Abraham Lincoln with one of two choices: higher taxes or the issuance of unsecured paper money. He chose the latter to keep the Copperheads (sympathizers with the South) from revolting, but the paper money, called the “Greenback”, quickly became worthless. Banks would not even honor greenbacks and the public began hoarding gold, silver and copper-nickel coins as their melt value was worth more than face value. 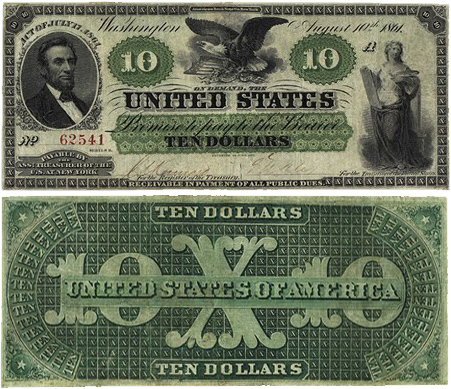 Major cities suffered the worst as there was no means to offer change for purchases. Temporarily, US Postal stamps became official coinage, but there life expectancy was very short. 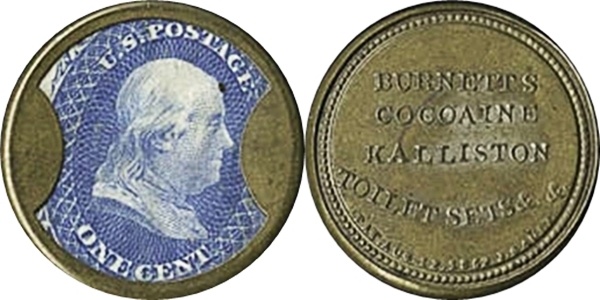 Eventually, local merchants hired die sinkers and resorted to making copper tokens. About the size of a modern US Cent, these became extremely popular. But, in 1864, when the Third Avenue Railroad Company attempted to redeem a significant number of them with the originating merchant, their true value became apparent. They also were worthless. In April and June of 1864, Congress passed a law restricting the manufacture and issuance of private tokens ending the use of emergency currency.

In the period of about two years, it is estimated that over twenty-five million tokens were distributed. (Tokens generated after 1864 are not considered to be Civil War Tokens.) Of these, there are two major categories of token dies: Patriotic Tokens and Store Cards. There are just over 1,800 varieties of Patriotic Tokens and about 8,500 varieties of Store Cards with one main sub-group of Store Cards known as Sutler Tokens.

Those who created the individual token dies were known as Die Sinkers. Some die sinkers made so many tokens their “currency” was actually named after them, such as: “Lindenmueller Currency” and “Knickerbocker Currency.” The vast array of  varieties is a result of die sinkers trading token dies and subsequently muling different combinations, sometimes using different metals. With so many varieties, it is easier to track the individual dies instead of the combination of dies used by the sinkers.

George and Melvin Fuld wrote two books breaking down all these varieties based on individual dies: Patriotic Civil War Tokens and United States Civil War Store Cards. The dies represented in this presentation will bear thier numbering system as it is also accepted by NGC and ANACS.

Sutler tokens are a subcategory of Store Cards and considerably more rare than any of the Civil War tokens. These tokens differ from Store Cards by bearing the name of a particular army unit (usually a regiment) and the name of the sutler who conducted transactions with the regiment. 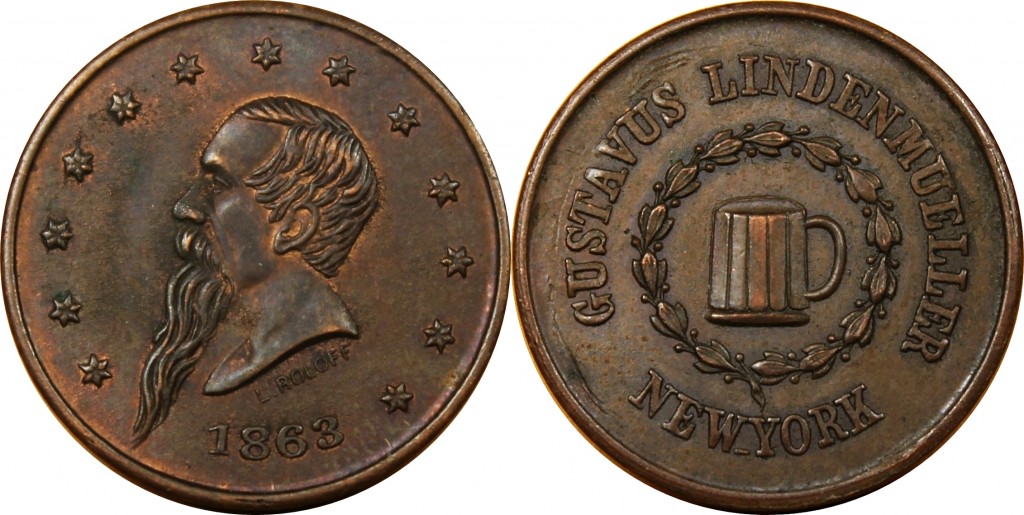 Store Cards differ from patriotic tokens in that one or both sides promote the privately owned business that paid to have them designed. Some merchants had to take the cheaper route and used an already designed patriotic die on one side of the token. Others were able to pay for a two-sided design.

The reverse dies are typically the graphical device and used quite interchangeably across the various cities that produced Civil War Store Cards. As a result, these tokens are identified by the obverse die which is unique to the merchant who order them. At the moment,  only the reverse dies are presented.

Patriotic Civil War tokens typically displayed inscriptions and designs related to the war effort, events, sentiments, political figures, election candidates and other related entities or establishments, on one or both sides. Many were made to look like coins of the time period to sway the public into using them, while ensuring protection from counterfeiting laws by including key differences, such as the word “Not”, as in “Not One Cent.”

Since the majority of these tokens were minted in Union states, the slogans and images were decidedly pro-Union, such as: “The Union Must and Shall Be Preserved,” “Union For Ever,” and “God Protect The Union”. A few belong to Copperheads, another name for those bearing sentiments for the South or a desire to end the war, such as, “Peace Forever” and “Horrors of War, Blessings of Peace.” And, even fewer were made in the Confederate States promoting their side of the war, such as: “No Submission To The North.”