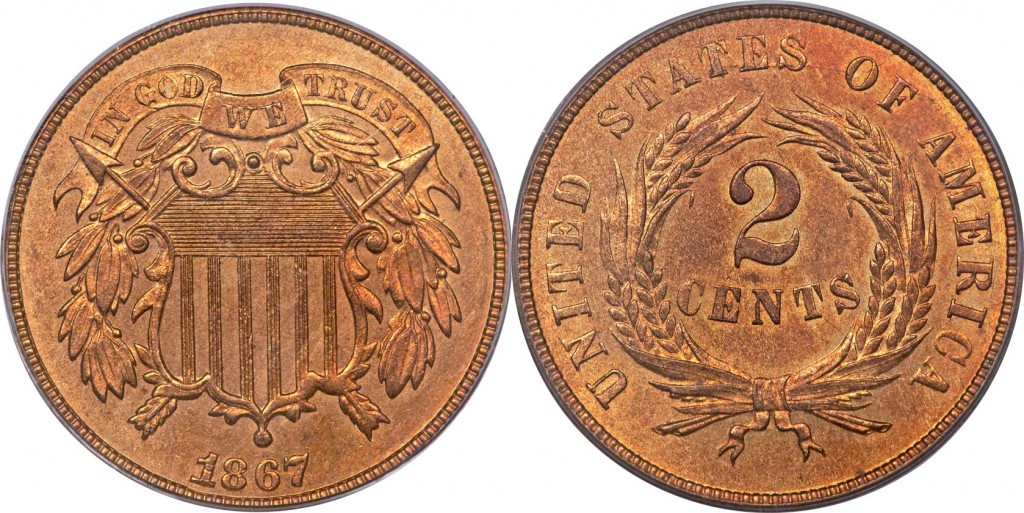 You will see that most Shield Two Cents for sell online will have some type of issue they will be either cleaned, scratched, pitted or corroded. You will need to closely examine the images to see the differences in color and “texture”, of a coin’s surface, among the different problems listed above.

1867 Shield Two Cent value is also determined using three distinct grade conditions: RD (Red), RB (Red/Brown) and BN (Brown). Red condition grades are rare and are the most valuable while brown is the most common. 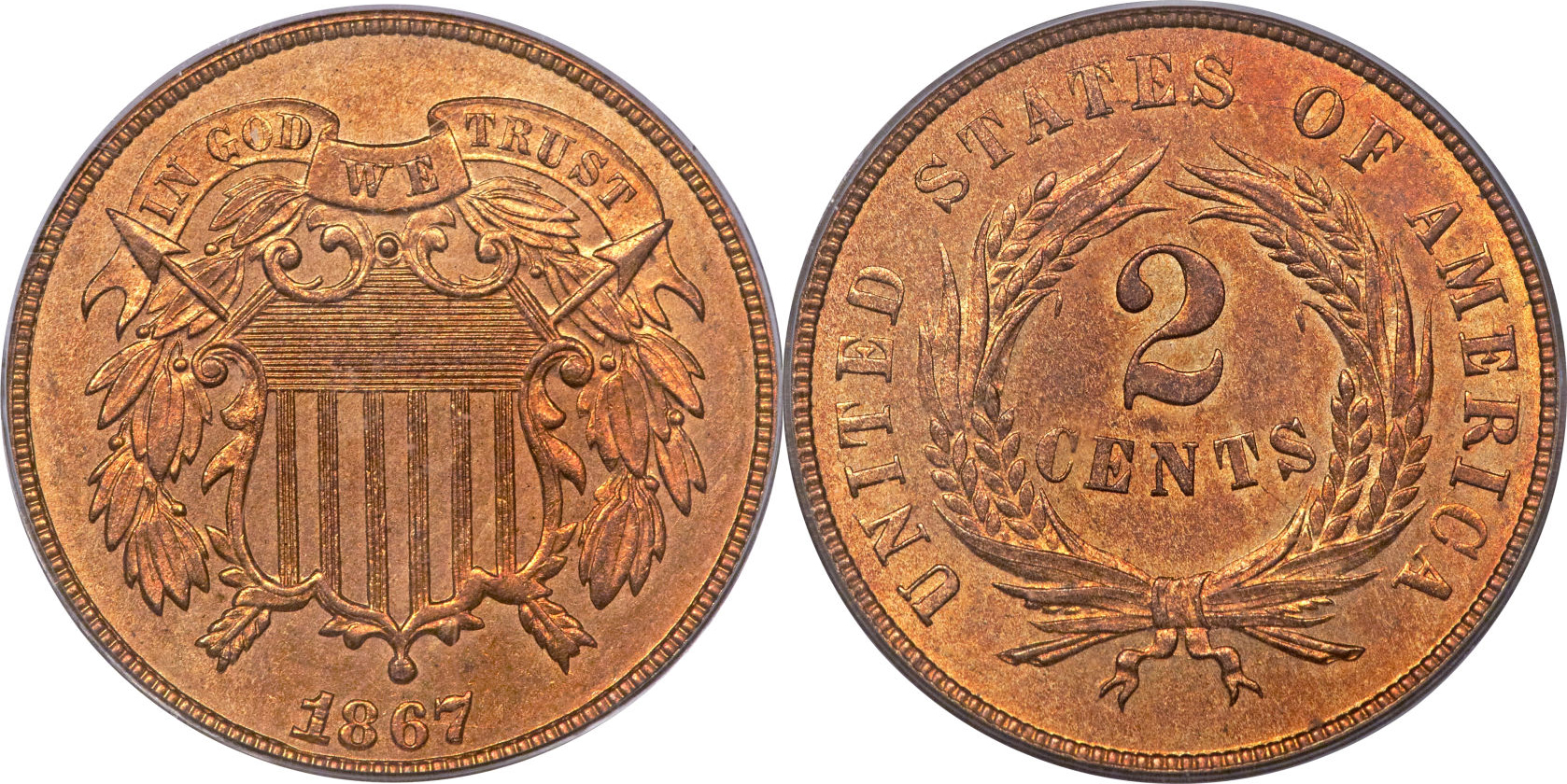